Madeline L'Engle tells us that --
In kairos we are in God's time, we are fully in 'isness'.
Kairos can sometimes enter, penetrate, break through chronos:
the child at play, the painter at his easel. The saint in prayer, friends around the dinner table, the mother reaching out her arms for her newborn baby are in kairos.
The bush, the burning bush, is in kairos, not any burning bush,
but the particular burning bush before which Moses removed his shoes;
the bush I pass by on my way to the brook.
In kairos that part of us which is not consumed in the burning is wholly awake."

Living the Seasons of the Church Calendar is one way to  be awake.
Advent, Christmas, Epiphany, Lent, Easter, Pentecost--
are all seasons of the church calendar, each with its own celebrations which help us to recognize "our burning bushes" which we so often pass by. 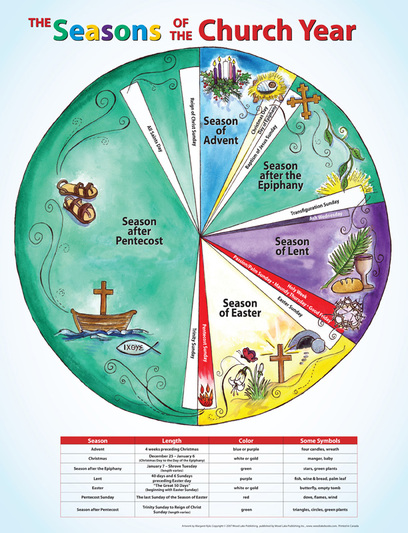